Recently I began user testing on my prototype. I have been able to sample a variety of ages and levels of VR experience. A few things have surfaced repeatedly:

This week I continued to develop the gaze navigation system. I created an Emissive (glowing) material for each of the seven spheres and place them in an upwards spiral pattern around the tree root. Near the base of the roots you can see the VR Pawn Actor which has a long “cursor” attached. When the player moves their head and the cursor encounters one of the spheres, the player teleports to that location. 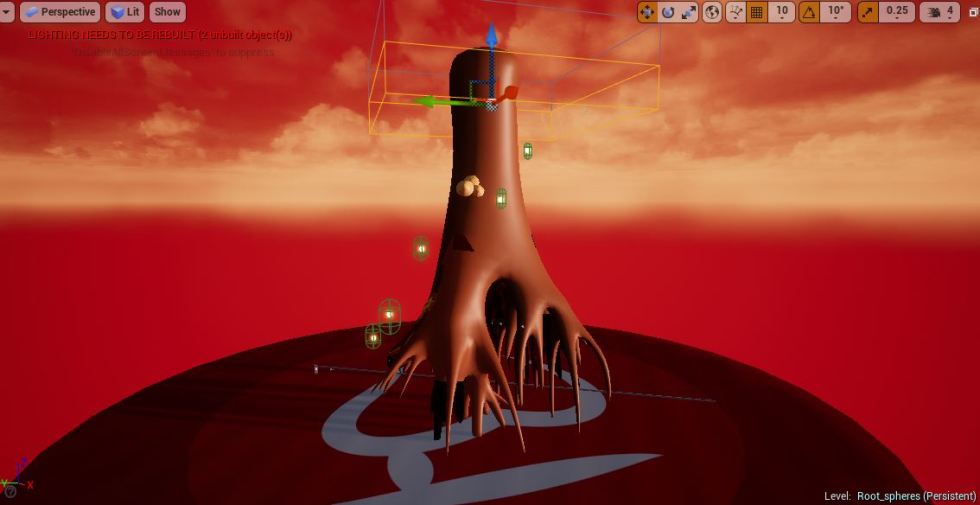 I updated the tree to a more realistic looking bark texture, and tweaked some of the lighting settings from last time. I also added the mushrooms. 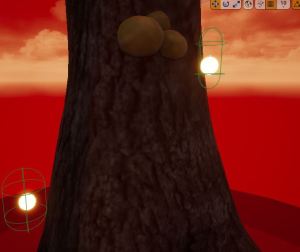 After tweaking the lighting, I used the Build Lighting feature, and received the error that I needed to set a “Lightmass Importance Volume,” which I did after looking up a brief tutorial. As you can see below, there are thousands of light calculations going on, which tends to slow down your game frame rate. 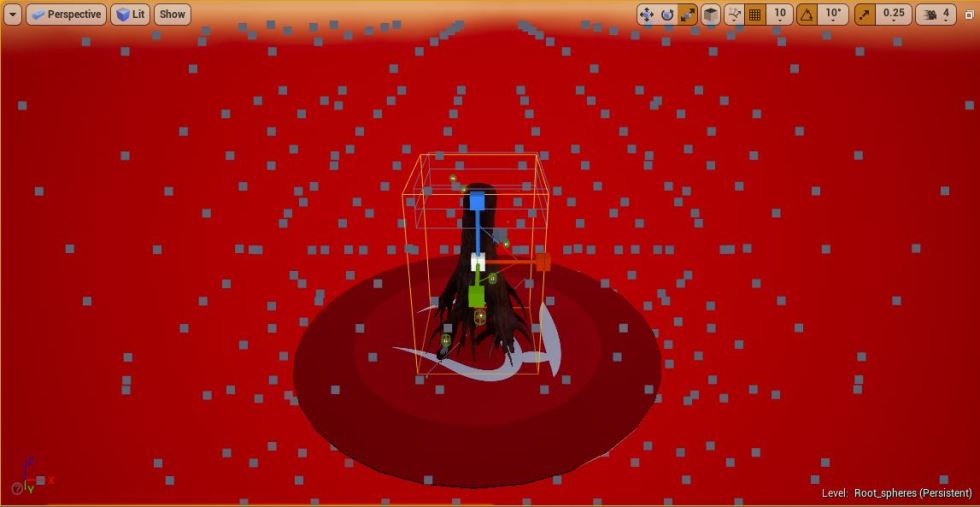 By placing a Lightmass Importance Volume, you can control where Unreal Engine puts most of its energy when calculating static lights, which improves performance. Below you can see much fewer instances of calculations. 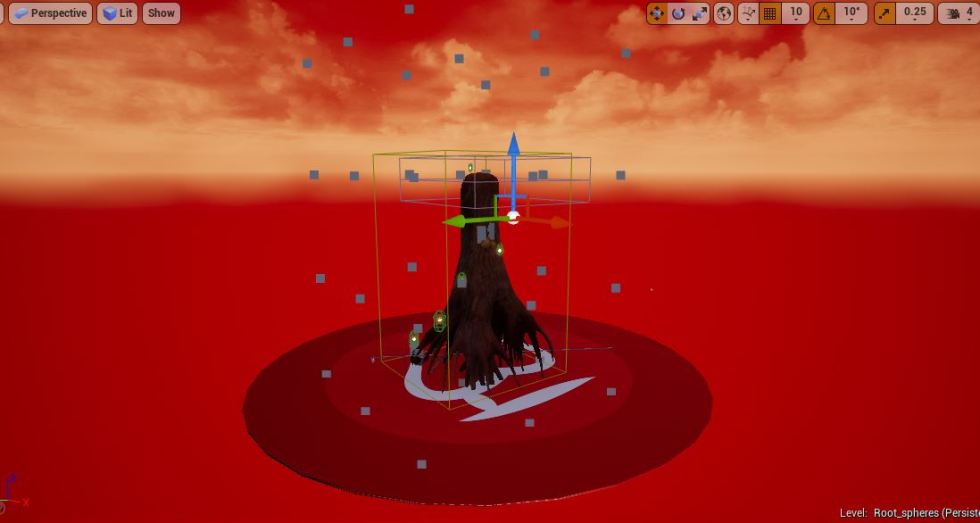