Another asset I created for the second “sacral” chakra garden is the Tiger Lily. I had initially created this as a low-poly object in Maya for use in the Sacral Chakra game I created in Unity. 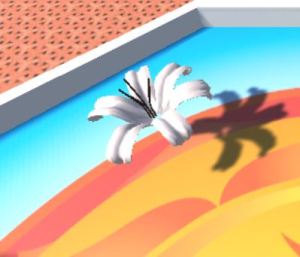 I imported the low-poly model into Zbrush using the GoZ plugin, which is quite handy (when it works properly). 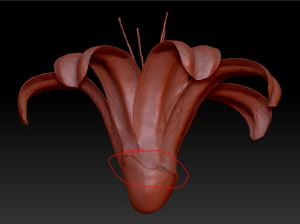 One area of difficulty I seem to encounter regularly is the crease that forms when you add a sphere to create additional sculpting material (in this case I was trying to plug the hole in the bottom of the low-poly model of the flower.) I found that using the H-Polish brush works well for smoothing out creases. 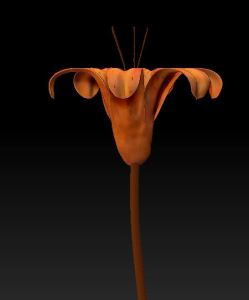 Once I smoothed and shaped the model, I used Zbrush’s Spotlight tool to add color and texture, borrowing from a photograph of a tiger lily I found online. From there I added a stem and leaves, which I also polypainted. 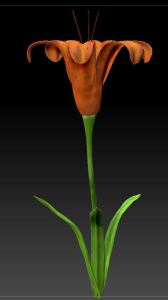 I plan to duplicate several of these for use in the Chakra Garden I’m creating in Unreal Engine.